Tsunamis are described as a series of large ocean waves that extends inland. They are frequently caused by severe earthquakes under the ocean floor or landslides into the ocean. A tsunami can occur within minutes after a major earthquake, wherein the danger period may last for several hours after the earthquake has occurred. The waves may rise to a few feet, and in some cases, tens of feet, when they enter shallow water. Tsunamis may occur at any time of the year, at any time of the day, often catching people off guard. It can cause flooding and may lift giant boulders, demolish houses and flip vehicles. The most devastating tsunami recorded on history was the 2004 Indian Ocean tsunami which killed more than 200,000 people from several Southeast Asian nations. Moreover, the Pacific is considered the most active tsunami zone in the world. Tsunamis are also called tidal waves, although this name is a misnomer.

Tsunamis are of natural causes. This means that humans cannot do anything to cause, and in turn, prevent a tsunami from occurring as only nature can dictate when a tsunami can occur.

Tsunamis may strike shoreline with very little or no warning. Most people do not often notice warning signs thus they are left dumbfounded when a tsunami strikes. The following may be warning signs one can lookout for, especially for those living in coastal areas.

How to Survive Tsunamis

The following cannot guarantee any one individual that he/ she can be saved in cases of tsunamis but these tips can help likelihood of survival. 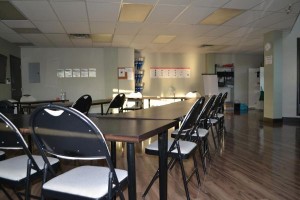 First Aid Class for Preparedness for Natural Disasters such as tsunamis

Tsunamis are series of waves that extend inland. It may be difficult to watch out for warning signs but one should always be prepared for tsunamis, especially those who live by the coastline.

View all posts by Mikha Canon →