It is not uncommon to get wounds of simple scrapes and cuts. These can often be treated at home with water, soap, antibiotic solution and a dressing. However, the more difficult wounds to treat are the infected wounds. An infection occurs when microorganisms such as bacteria, viruses and parasites invade and multiply inside the body. Infections result to longer healing time or deterioration of the wound. Sometimes, an infection may manifest no symptoms and be subclinical or may manifest symptoms and be clinically apparent. Infections can either remain localized (stays in the area of origin) or systemic (spreads through the blood or lymphatic vessels and become body wide). There are many microorganisms found in the body, such as the bacteria in the large intestine, however, these are not considered infections as the naturally live inside the body.

In most cases, the infected wounds are caused by bacteria, which originate from the skin, other parts of the body or the external environment. Although the skin contains bacteria, normal flora and usually harmless, when there becomes a break in the skin, it can be damaging. This is due to the disruption of the protective barrier formed by the skin leading to the normal flora to colonize the affected area, resulting to tissue damage and increased healing period due to the amplified inflammation.

The most common bacterium species triggering an infection is Staphylococcus aureus, and other species of Staphylococcus. Contamination from the different parts of the body may also result to wound infection. Moreover, unhygienic conditions and poor wound dressing techniques may increase the chances for infection.

While anyone who sustains a wound is prone to infection, there are certain people who are more at risk due to their decreased immune functions. The elderly and diabetics are at greater risk of acquiring infections. In addition, foreign objects such as dead tissue or stuck glass or metal can delay wound healing. Poor blood supply to the wound may also increase risk for infection, hence smokers or people with heart conditions are more susceptible to wound infection.

Signs and symptoms of infected wounds include redness and swelling, increased or sustained pain, discharge of pus, foul odor and non-healing of the wound. Sometimes, it is accompanied by fever and increased pulse rate. To verify if the wound is indeed infected, there are several tests that may determine: blood tests, imaging tests, and wound culture. 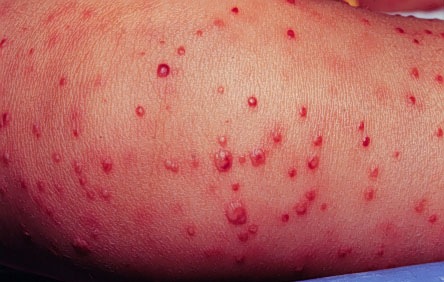 Treatment for wound infection will be subjected to the severity, location and how widespread it is. However, the health of the victim of the amount of time the person’s had the wound may also affect treatment. For every wound, clean water and soap should be used to clean the wound and reduce chances of infection. Antiseptic solutions should also be applied. Only a medical practitioner should remove any dislodged object or dead tissues found in the wound. Cover the wound with a sterile dressing and bandage. If possible, elevate in the injured part to reduce swelling and pain. It is necessary to seek medical advice early to avoid further damage.

The hints mentioned above do not substitute for first aid training. It is always better to take classes to be knowledgeable in times of emergencies.