Each year, there are about 100 reported shark bites all over the world. Of these 100, only 10 to 15 are considered serious and life-threatening. It is a known reality that humans cause more harm to sharks rather than the other way around. Most cases of shark bites are due to mistaken identity, wherein the sharks mistake humans for their prey, such as sea lions and seals. It is also known that some shark bites are due to provocation.

Sharks are one of the most feared animals in the world, which is primarily due to famous Hollywood movies, where sharks attack humans. In actuality, of the hundreds of identified shark species all over the world, there are only a few dozens that are particularly considered dangerous. The shark species most commonly involved in shark bites are the great white shark, tiger shark and bull shark.

There are three types of shark bite attacks: hit-and-run, bump-and-bite and sneak attack. Although the latter two are less common than the first, they are considered to be more serious and more lethal.

Signs and Symptoms of Shark Bites

In most cases of shark bites, the casualties are not aware that a shark is nearby. The only warning can be in the form of the shark’s fin approaching or sometimes, the bump (heat butt) before the attack. The following signs and symptoms are common of shark bites:

Fortunately, most puncture wounds caused by shark bites do not harm the blood vessels or cause injuries to the nerves.

Although some shark bites may not seem serious, it is still necessary t seek medical treatment immediately. Moreover, it is important to apply first aid as soon as the casualty is out of the water. Keep the casualty calm and reassure him/her at all times. 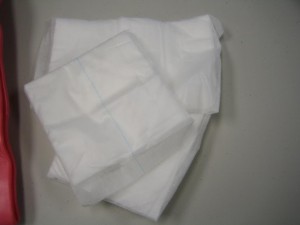 Learn how to manage shark bites and bites of other animals by enrolling in First Aid Courses and CPR Training.

Shark bites occur when any specie of shark attacks a human and leads to a bite. Oftentimes, shark bites are caused by mistaken identity, but most require medical treatment